Hey! You! What would you do if you knew you only had 24 hours left to live? Well, clearly you’d make sure not to miss out on this post! Actually, you should read it regardless!

Here’s some food for thought: What if you had only a day left to live? How do you see your life to a satisfying conclusion when it ends so abruptly, with so many desires and needs left unaddressed and the many people you leave behind if you were lucky enough? Enter the story of Ikigami. For Kengo Fujimoto, this hypothetical “if” has become part of his everyday life, as he distributes ikigami to the many citizens of his country – or “death papers” if you will. Ever since the National Welfare Act has been established, every child, upon entering school, is to be injected with a needle – for 999 kids, this would not turn out to be a problem. Every thousandth child, however, would not make it past the life span of 18 to 24 years, carrying a a deadly capsule set to kill them at a predetermined date. Fujimoto is a goverment worker handing out death papers to the unfortunate, a great honor bestowed upon the chosen ones – after all, there is no greater honor than to receive an ikigami, the very fabric said to keep society peaceful and make the common man appreciate and value the worth of life. Yet as life stays the same for 99.9% of society, 0.1% will lose everything within a single day. Now, how will these 0.1% react and how will Fujimoto, who is confronted with death each and every day anew – and starts to wonder whether it’s actually really all worth it? 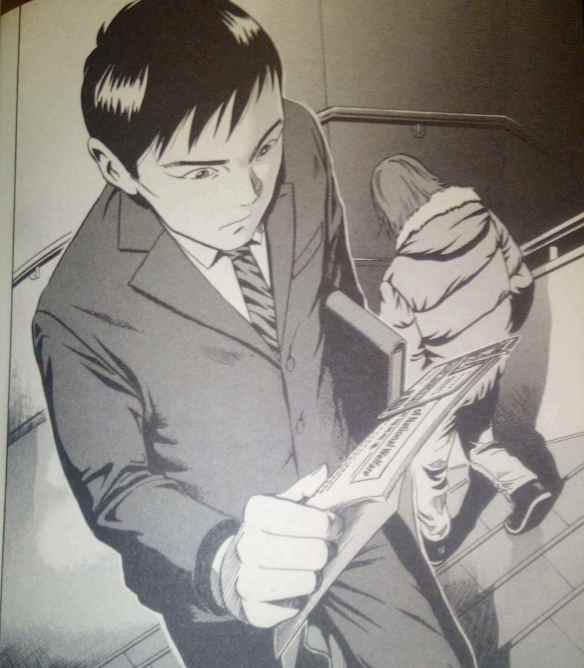 So that’s the gist of Ikigami. I’m not a fan of trashy premises like this that have this air of “””social commentary””” around them but lack believability. They always feel like this pseudo-dystopian nonsense element within contemporary Japanese society, being part of a civilized world we know and therefore clashing with modern day morals without ever establishing how things came to be. It’s also why I roll my eyes at the premise of, say, Battle Royale. Oftentimes, these setups of “government instituted-killing is accepted to raise awareness of life and make people happier” just sound like a poor excuse of a setup. But, well, it’s not like good can’t come out of these premises as demonstrated by Freesia. So I’m open to stuff and I’m willing to take a dubious premise if it sets up for good writing and the execution makes up for it.

Which covers Ikigami pretty well. I’ve technically started this manga out about 10 years ago or so when a friend of mine bought it based on cover alone (a dangerous yet occasionally rewarding route to take as some of you have come to realize for sure!) and recommended it to me. And what am I supposed to say, it worked out really well.

Ikigami, for me, has, for some reason, become the default seinen manga. Now, “seinen manga” is a term with no intrinsic value per se and these target classifications have been thrown around wrongly for half an eternity. The core definition of what makes a shounen a shounen has always been “runs in a shounen magazine”. Yes, K-ON! is a seinen, Yagate Kimi ni Naru is a shounen, Level E is a shounen, Mahou Shoujo Ikusei Keikaku isn’t anything because it’s not based on a manga and let’s not even get started on anime originals. Not like the international audience agrees, throwing these labels around as if they were indicators of quality (or lack thereof), shifting official terms for their own gain. It’s pretty stupid and revolting really, but I’ve largely given up the fight.

And yet, regardless, when I think of the term “seinen manga”, Ikigami comes to my mind first, always has. For about 10 years. And I suspect it will continue to do so. 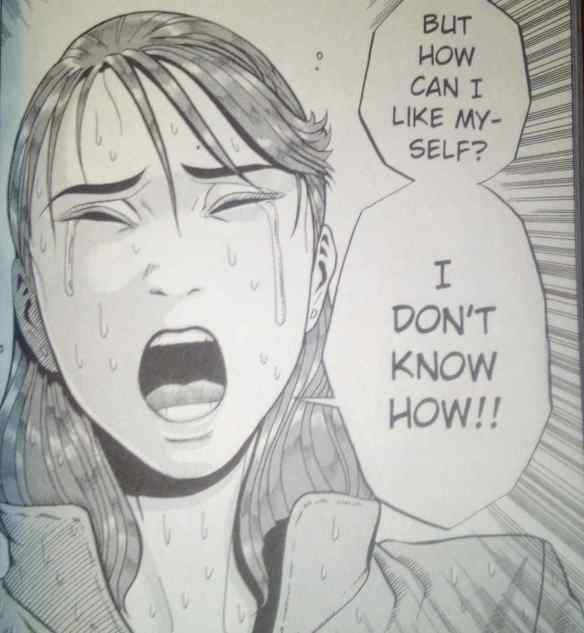 In this case, it’s a good thing. I like Ikigami. A lot. It’s a fundamentally thrilling read that makes the most out of its premise and always stays fresh. At worst, it’s interesting. At best, it’s gripping. While character arcs vary a bit in terms of quality, none of them is bad. Heck, I think there’s only a single one or two I’d label as “just decent” even. They’re all that memorable and Ikigami never pulls any punches.

Ikigami makes the best of its premise insofar as that it covers a lot of ground. A lot of interesting concepts such as youth, homelessness, politics, a teacher’s pledge, family ties, modernization, fulfilling your dreams or at least passing them on, anti-establishment notions and much more are addressed. Each character arc has something to say and something unique to it and is inherently interesting, retaining a fresh experience throughout the entire manga. While these topics don’t get particularly deep coverage reflecting real life situations but are rather used as engaging setups for story constructing and you won’t come out of these stories with a new outlook on life or anything, it’s impossible to forget even a single one of them and I could hardly claim that of a lot of other episodic series. 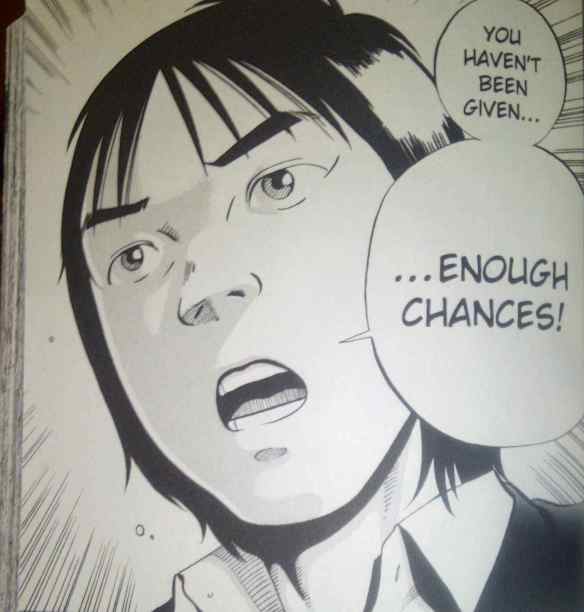 Simply put, Ikigami has PATHOS and each of its chapters is memorable. There’s the story of a caregiver at a elderly care nursing institution struggling with getting along with old people yet helping an old woman come to terms with how her husband left her for war and never returned, drawing parallels with the young man about to part from life after receiving an ikigami and her husband as he becomes a surrogate figure, realizing that he might be the only one to help her out not despite of the ikigami but rather because of it. I’m telling you, this manga has fire.

And regardless of what Ikigami might look like on paper, Ikigami is actually a lot less about the system and moreso about the characters – the many individuals that make up our society. In terms of comparisons, this is not so much 1984 but rather Bokurano, although it does veer a bit more into the former in its second half before going full force into it in its last volume. So really, if you like Bokurano, you will like this one (and vice versa) and know totally what to expect. And I like Bokurano.

Which isn’t to say that there isn’t any world building. Ikigami is a manga that thinks a lot about the material it covers and how it can incorporate that not only through a character story but also how each and every chapter represents a certain aspect of its world. Take the death papers themselves – they’re usually delivered by specifically picked delivery men but virtual delivery is also starting to be a thing. But is that a good thing? And what if the addresse isn’t home? More interestingly, these death papers can be used to pay for pretty much anything you want and that certainly becomes a plot device in several stories and a major angle in one or two arcs.

Then there’s the fact that not everyone is happy with the entire concept of killing a tenth of a percentage of your population – least of them all the ones being slaughtered for the supposed good of the country! And the government knows that and is quick to make sure that whoever is against the state of things gets what’s coming to them – being labeled a social miscreant is a real risk with consequences far beyond societal scorn.

Seeing these interesting concepts executed every now and then makes for a really engaging read. Needless to say, the world also very obviously has a more personal influence on our protagonist. How far does Fujimoto’s critical thinking veer into the territory of a social miscreant? Only the system itself may know, for he does not. 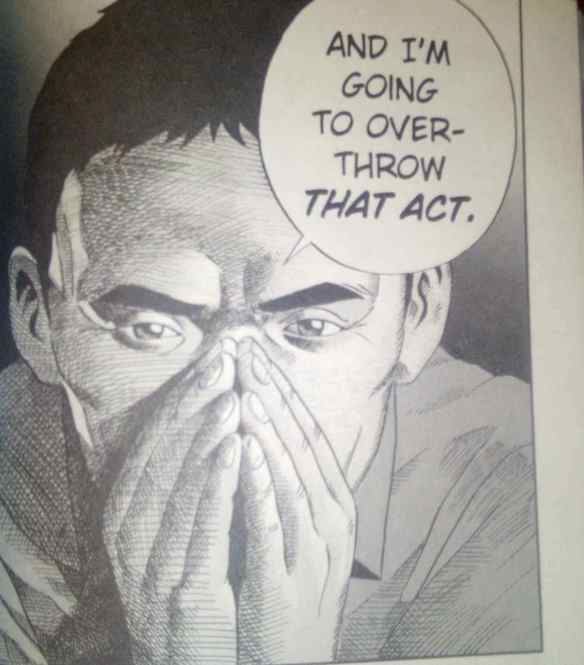 There is a lot of wavering for Fujimoto after each and every arc anew with him contemplating over whether he truly supports National Welfare and if it actually did have any good impact on the departed. These thoughts of his (which he occasionally brings up as points of debate with his superior) do grow rather redundant as they oftentimes felt tacked on a bit and oftentimes lead to nothing but 1) they are brief and to the point, 2) mostly provide a bit of insight and thinking on the specific character stories as commentary/an afterwords and 3) Fujimoto risks being labeled a social miscreant and that indirect element of threat is certainly always present. In a system bent on getting rid of people, who says you won’t be on the list next? Fujimoto comes to wonder how the death papers he delivered ultimately altered people’s decision making and how they were used. And yet, is wondering about that not actually doubting the system in the first place?

These bits also become increasingly more interesting and relevant as he meets and falls for a female psychologist working alongside him, unsure what to make of her and as elements of resistance members or rather thought criminals also make way into the manga, giving Ikigami an additional, very much appreciated angle and edge.

Overall, I’m super positive over Ikigami. It’s not perfect and it would have been nice to see another delivery man as a means of contrast to Fujimoto like how Death Parade had a second arbiter to compare with Decim. But overall, this has so many moments that I fondly look back to and isn’t that the best part of entertainment? Reminiscing about the things that left a lasting impression with you? I for one would like to think so.

Despite the premise, I don’t think this is a story that’s supposed to “really make you think” as people would have it rather than one trying to tell an entertaining story. And entertaining it is. By the end of the manga, it also becomes evidently clear that the big message is “let’s make sure things don’t ever become this way” but I don’t think any of us have to worry about that.

Or at the very least, I certainly hope so.

So while we’re on this planet and in these individual countries of ours, let’s make sure things stay the way they are. And in the meantime, figure out how to appreciate life a little bit more than the day before. It certainly doesn’t take an ikigami for that.