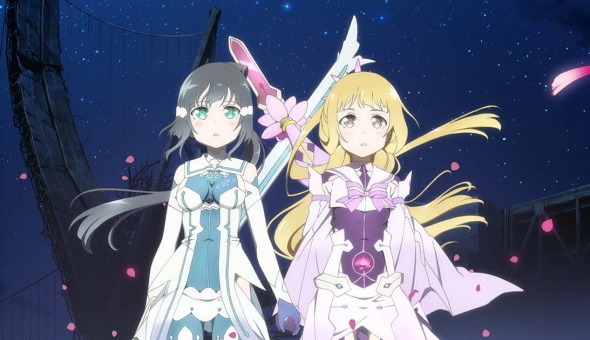 Every year or so anew, a new dark magical girl anime comes along. Some are entertaining, some are not. Few are good, most are… not. But that’s less of a damning testament to the overall quality of a subgenre and moreso the state of how entertainment media simply is in general. Heck, this blog’s URL isn’t called “let’s discover things that are good” for nothing. But today’s not about the quality of the dark magical girl anime line-up first and foremost, it’s much more about the perception thereof. Since, really, I’ve come to notice that whenever a new dark magical girl anime comes out, it’s just bound to lose. It simply can’t win in the eyes of modern anime audiences.

The reason for that is simple: Madoka Magica did it first. And therefore Madoka is the rulebook, as imposed by… Western teenagers. And since Madoka, several dark magical girl anime have seen light of the day. I think the first one was Gen’ei Taiyou but I’m not so sure. And booooy, did that catch some flak for not understanding the appeal of Madoka Magica. Then came Yuuki Yuuna (probably). And people called it as much of a cheap knockoff – heck, “Walmart Madoka” became a common term for it. And then came the next title and the Mahou Shoujo Sites and Mahou Shoujo Tokushusen Asukas kept coming and they were all labeled Madoka wannabes. They just didn’t get Madoka.

Notice a common pattern here? Every single dark magical girl anime has been met with exactly the same complaints: They’re not Madoka. And this is faulty logic. You accuse these things of being copycats while at the same time, pinning blame on them for not being worthy spiritual successors. Notice the contradiction here? They can only succeed by being Madoka but Madoka already exists so they fail by definition. According to the anime community, the target for dark magical girl anime to aim for is Madoka. But targeting Madoka means being a poor knockoff. The entire premise of standing in the same genre pool as Madoka, whether far away from or right next to it is already considered a sacriligeous affront to people. And see, this is why I say that dark magical girl anime can only lose. 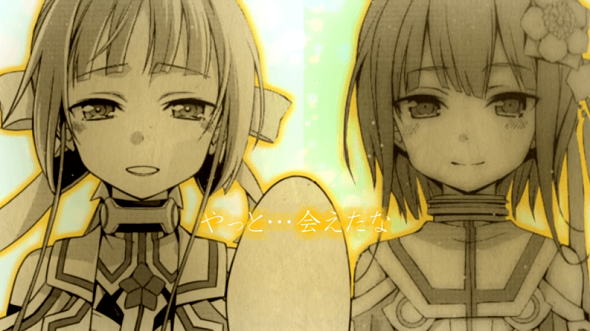 This is not a problem with anime as a medium being derivative or anything. For what it’s worth, I could make starker distinctions between Yuuki Yuuna, Gen’ei Taiyo and Mahou Shoujo Site than between the isekai drivel out there. And of those we get handful each season, not one per year. So really, whenever people tell you about how they’re “worried” about this trend of magical girl anime that “no longer carry the magical girl spirit” “overtaking” “their” (!) beloved genre, they’re just hysterics. Quite frankly, just let it sink in that even after NINE YEARS, _every_ _single_ anime of this specific subgenre is met with exactly the same template criticism of something something Madoka something. That’s ludicrous! You certainly don’t see that kind of reductionist insanity with other genres. So, really, it’s 2020. Just accept that there are anime that share similarities with your precious darling, you pretentious twats. Get over it.

And once again, I don’t think that anime as a medium is at fault here. It’s a problem of anime fans themselves being derivative. 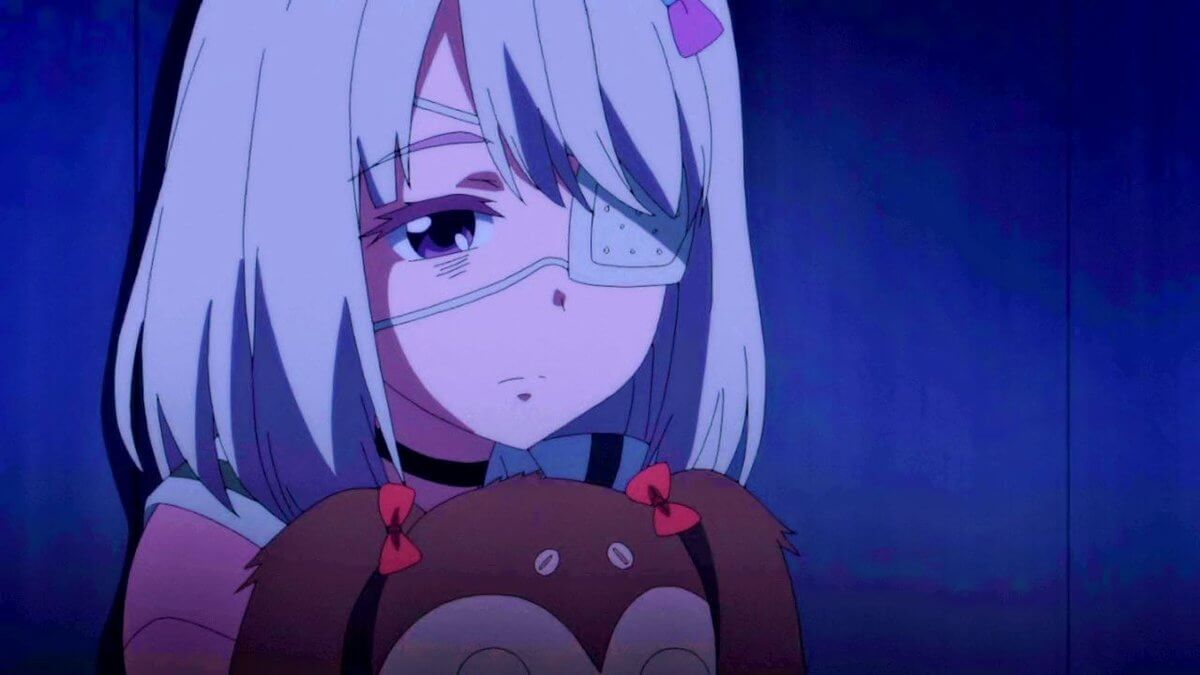 A lot of folks like to say that Madoka was about this and that, utilizing tragic magical girls as a vehicle to get to whatever it wanted its message to be whereas the many dark magical girl anime that were to follow just copied the so-called surface level of magical girl brutality yet didn’t understand the inner workings and deeper meaning behind it, leaving them empty, primitive and cynical instead. That’s pretty idiotic for many reasons, especially since one of the core messages of Madoka as per an interview translated by ANN boils down to the very cynical “You might wanna help the grandma cross the street but who says you’re both gonna make it out alive?! And maybe you accidentally did some evil there!”.

Urobuchi: For example, Al-Qaeda brought down the Twin Towers due to their self-righteousness. Justice for some people is an evil for others. Good intentions, kindness, and hope will not necessarily make people happy.

Also note how he does this terribly pretentious terrorism analogy in writing, quasi Yoko Tarou-style. 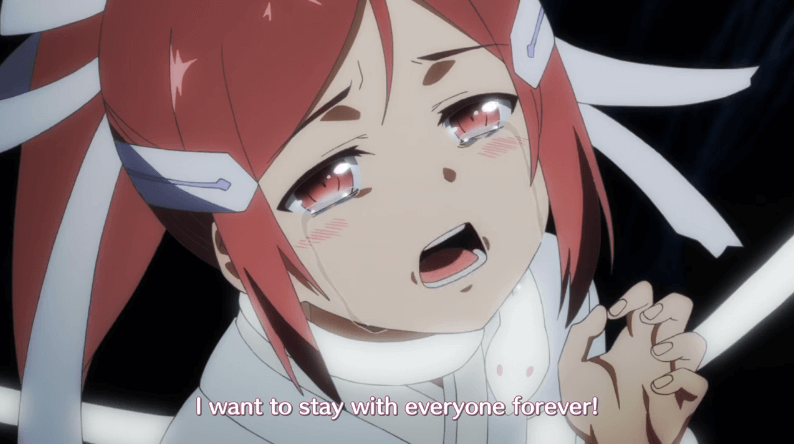 So the next time you draw the comparison, ask yourself: Does the Madoka comparison even warrant itself? Does it make sense? People point at Yuuki Yuuna to call it a failed Madoka clone and I’m completely baffled. Yuuki Yuuna? Really? I find it hard to even link it to dark magical girl anime beyond a few bits of make-up. That thing has brand positivity. It’s about trying to your hardest, coming together, defeating evil through the good of mankind and passing on the torch to future generations to create a better world while also admitting that hey, self-sacrifice is pretty dumb. There’s the pathos of half a fighting shounen in there with lots of slice of life club elements. There’s neither any magical girl commentary or traditional elements in it nor the dark, tragical, cynical twist that throws girls into a meat grinder. YuYuYu easily ranks among the most hopeful and good-natured anime out there. Sharing a very few superficial similarities with Madoka Magica should not give it the bad rep it’s earned.

It’s like when people suddenly started comparing everything to Steins;Gate everytime an anime had some sort of time loop or time travel. You really think Re:Zero or BokuMachi came into existence because of fucking Steins;Gate? How stupid are you? What do we call this baseless need to always draw inappropriate comparisons no matter what? “The MAL or reddit brain rot”? Is this what watching too many reductionist, clueless yet ever-so-rambling anime YouTubers does to you? Or TVTropes?

It also reminds me a bit of “Evangelion clones”. You know, that one was different because “it was not about the mechas but about the characters”, as spoken by people who have never watched another mecha anime in their lives (they apply the same to sports anime on that note). Fun fact, so far, I’ve liked everything that people called an Evangelion clone more than actual Evangelion. Now that’s a top sin for sure.

But who makes these utterly insane yet generally agreed upon remarks? Who is behind all this? I mean clearly, the guy is very capable when it comes to successfully making the population stupider with his easy-to-swallow propaganda bits. Who is the mastermind turning people into sheeple? Is he, perchance, using evil electromagnetic waves and being all denpa-style and shit?

But rest assured, I know who it is. I’ve found the culprit. Your local anime blogger is here to make sure he doesn’t get away with any of his heinous crimes. In fact, you probably know this guy, you’ve seen him before, he’s everywhere. He’s none other than Jimmy Everbland McCritical:

In short, don’t be that guy. On a 3×3 alignment system, he’d be “Bland Evil”, the worst kind there is. And speaking of that, boy, do I hate it when everyone and their mom do this pre-digested “hot take” that everyone agrees on (spoiler: that not a hot take then) on how dark magical girl anime are not for adults but edgy kids because of their brutality and the true kids magical girl anime are the actual mature ones because they teach you valuable lessons and yada yada yada, you’ve heard this generic drivel before.

Hey there, PreCure wackos, I know you’re very proud of that one iteration that had boys becoming magical girls, pregnant magical girls, magical girl lesbians and gushed over how this was progressive and PreCure did it first but MahoIku did it even before that. The LN, way back in 2012. Within a single volume. Meanwhile, it took your franchise 20 or so years to get there. I’m just sayin’. I also don’t see the reason for all the discontent and spite towards dark magical girl anime for just existing. They’re not crushing your Princess Tutus and Doremis underneath. I mean, at this point I wish they did but they don’t. And before you tell me I’m way too radical here – hey, I’m not the one constantly stressing how one kind of magical girl anime needs to unexist immediately so only the ~true ones~ can remain. And bonus points if these people make it to the virtue signaling route.

Anitwitter: "nooo you can't just like dark magical girl anime REEEE they CLAIM they're for adults but they're actually IMMATURE, kids anime like PreCure, Tutu and Doremi are actually MATURE & teach us about FRIENDS & FAMILY a-"

And then they point at MahoIku and the likes and say some stuff like how it’s not about magical girls. Bah, humbug! Mahou Shoujo Ikusei Keikaku is about magical girls because the people who have certain problems or personality traits in real life carry them over as magical girls, now drawing these aspects to a forefront. The magical girl is seen as an expansion of the original rather than the generic “normal girl” -> “awesome magic girl with super sparkly powers” stuff. It’s precisely why every MahoIku fan yearns to find out more about the characters’ real life backgrounds. A character could be a construction worker and we’d be thrilled to find out more. So yes, Mahou Shoujo Ikusei Keikaku understands magical girls. It doesn’t understand Madoka however. And quite frankly, it doesn’t need to. 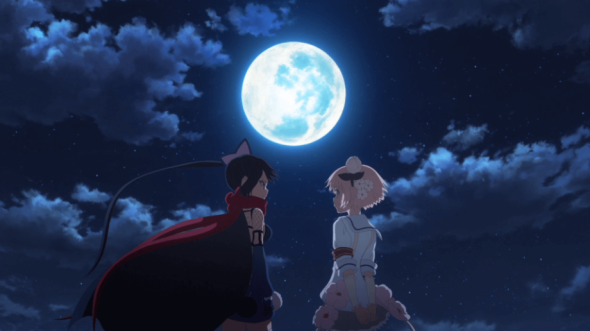 And I, for one, don’t think Madoka has a legacy that others must follow up on and strictly adhere to like the holy grail. Because whether or not a dark magical girl anime is good or not has nothing to do with Madoka, stands in no relation to it and hopefully never will.

In the meanwhile, boring people, please stop being boring.

3 thoughts on “Dark Magical Girl Anime: They Don’t Have To ‘Get’ Madoka”